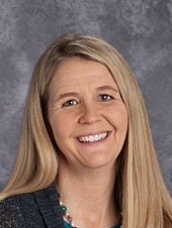 Online Resources
About Me

I have been a teacher since 1996.  I graduated from the University of Nebraska at Kearney with a dual degree in elementary and special education.  I moved to Lake Havasu City, AZ right after college and taught 6th grade for 5 years.  I soon realized that I wanted to be closer to my family, so I moved to Omaha and taught Special Education for 4 years at Papillion-Lavista Public Schools.  After I got married and had a baby I realized I wanted to spend some quality time at home, so I became a full-time mom for the next 3years.  In 2008 I was hired as a special education teacher for LPS, and in 2009 I came to work at Beattie with a wonderful staff!!  This is my tenth year in FIrst Grade.

BA in Elementary and Special Education, 1996